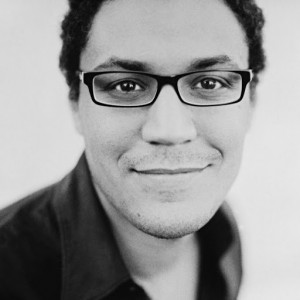 After studying cinema from High School to College, his first steps in the professional world are in the advertising world as a creative. For seven years, as a senior artistic director, he developed and produced more than fifty advertising campaigns. Thanks to his cinema training, he rapidly started to direct and edit his own TV ads.

In 2006, Ezra is put in charge of the new Grands Ballets Canadiens advertising campaign, and therefore, discovers the dance universe, meeting Gradimir Pankov, the artistic director of the company and of course the dancers and many choreographers.

In 2008, he is invited by the company to follow them at the Festival des Étés de la Danse de Paris for a whole month. This will be the turning point, as the taste of cinema resurfaces.

Back from Paris, he quits his full time job in advertising agencies to dedicate him to cinema production, but still continues to produce and direct TV ads to subsidize less lucrative movie project.

In 2011 Ezra starts the production of Comme elle danse, his second dance documentary, about Shantala Shivalingappa. The filming will last a whole year.

Ezra dedicates a lot of his time to dance filming, yet he produced over the years some “traditional” short films.

Among those projects, Bach & Grand Papa telling the story of a young boy asking his grandfather whose music between Mozart and Bach is the most beautiful, was presented at the festival International du film pour enfant de Montréal.