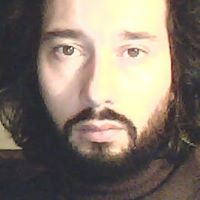 He has been a Lighting Designer, stage designer and Photographer for some Theatre and Dance companies since 1990. He has also been involved in several artistic teams for about 18 years.

Aside, he works on his photographic project which is linked to light and movement. A few exhibitions have been shown already and lately the exhibition ‘Vit et travaille à …’ was shown at the ‘Maison de la Photographie’ in Paris and has also been shown at the SESC Copacabana in Rio de Janeiro as well as at the ‘Rectangle’ for the biennale Dance event in Lyon, Fabrik in Postdam, la ferme du Buisson in Paris.

He also creates photographic performances and setups as recently ‘magdalenamadalenamadelaine où je ne sais pas être’ together with Astrid Toledo. This show was made for ‘Explore Danse Festival’ in Bucarest and shown in Rio de Janeiro, Paris, Lyon and Lisbon, or ‘The night will be black’ were shown in Zagreb, Croatia, Biennale de dança dentos and Braga Portugal.